CFC IN UKRAINE - HOW IT ALL STARTED

In 2017 Ukraine has undertaken to implement a minimum standard of the BEPS (Base Erosion and Profit Shifting) plan. It aims to counteract tax evasion and shifting profits from taxation.

Such a step was rather expected from the government of the country. Without implementing the minimum standard, Ukraine had a good chance of being blacklisted by the OECD (Organization for Economic Cooperation and Development).

Therefore, in 2018 an Law was passed implementing the BEPS plan in Ukraine. The Law provided for the implementation of 8 steps of the BEPS plan. In particular, the third step directly referred to the disclosure by residents of Ukraine of participation in various foreign structures.

Later, in 2020, the Law 466-IX came in force. It provided for the establishment of a controlled foreign company (CFC) regime in Ukraine.

In our opinion, the Ukrainian government acted shortsightedly when included private individuals in the list of persons who could be regarded as controllers in relation to foreign companies. This step was not envisaged by the BEPS plan and the experience of European countries shows that the CFC regime applies only to legal entities-controllers. Ukraine has simply followed the path of the Russian Federation, where the same CFC rules for individuals have been in place since 2015.

WHAT IS A CONTROLLED FOREIGN COMPANY

In simple terms, a CFC (controlled foreign company) is a structure that is incorporated abroad and owned or controlled by a resident of Ukraine.

Such a resident of Ukraine (controller) has a number of duties, i.a. to declare his foreign controlled company in Ukraine and submit reports. Residents of Ukraine are also obliged to pay taxes in Ukraine (in some cases) on the retained earnings of the CFC.

The controller can be either an individual or a legal entity.

A controlled foreign company can be a corporate legal entity (like an LLC for example), but also an entity which does not have all the signs of the legal entity (e.g. LP or trust under English Law).

WHO IS THE CONTROLLER

A controller is a resident of Ukraine (either individual or a company) who:

WHO IS THE RESIDENT OF UKRAINE

If either pint listed below applies to you, you are considered to be a tax resident of Ukraine:

Also note, that in case you are registerred as a private entrepreneur in Ukraine this migh also affect your tx residency status in Ukraine. Even if you have moved outside of Ukraine.

The controller has the following obligations:

HOW TO PREPARE THE CFC REPORT

In cases of doubts regarding the submitted financial accounts the Tax Office may require an opinion from the audit company. This opinion is provided by an auditor licensed in the relevant foreign jurisdiction.

The Tax Office may also request from the CFC controller to provide primary documentation about the operations of a foreign company. In special cases, the Tax Office has the right to request transfer pricing documentation in case of transactions with controlled parties.

Controllers need to submit a CFC report electronically to the Tax Office. The report is submitted together with:

In cases where the controller cannot ensure the preparation of financial statements for the controlled foreign company and / or cannot calculate profit before the deadline for filing the annual declaration, then he submits such a CFC report in an abbreviated form. Then, the controller has to submit a full CFC report at the end of the next calendar year.

The abbreviated form of the CFC report must include:

The full report on the controlled foreign company includes all the information as in the abbreviated report, but also additionally:

Not all profits of a controlled foreign companies are taxable, but only a part of the adjusted profit of a CFC, which is proportional to the profits owned or controlled by the controller as of the last day of the reporting period.

The adjusted profit of the CFC is considered to be the profit of the CFC before taxation. This dat is taken from the unconsolidated financial statements. Further, the CFC's profit before taxation is adjusted by deducting income to prevent double taxation and adding income in accordance with the Ukrainian transfer pricing control methods if the CFC has been doing business with companies from the list of low-tax jurisdictions (offhores).

Depending on the reporting period the adjusted profit may be taxed at rates of 5%, 9% and 18%. The rate also depends on the specifics of profit payments and its distribution. In addition, a military duty is paid at a rate of 1.5%.

Thus, the controlling person includes the CFC's adjusted profit in the total taxable income, which is shown in the annual tax return and is taxed at the base rate of 18%.

In cases where the profits of foreign companies are distributed to the controller and he actually receives this profit, then:

The amount of such tax is the total amount of tax actually paid by the CFC based on the results of the corresponding reporting (tax) period (corporate tax or other similar tax that is levied in accordance with the legislation of foreign states - paid during the reporting period), in proportion to the share of the controlling person in such CFC shown in the CFC report.

This provision refers to both the tax paid based on the results of the period and the tax paid during the period, which in practice can lead to a literal interpretation by the fiscal authorities. In particular, if, in accordance with the legislation of the jurisdiction of the CFC, corporate tax is paid at the end of the reporting period, then formally the amount of such tax is considered unpaid during the reporting period and the possibility of offsetting it to reduce personal income tax remains questionable.

In case when a controlled foreign company (for example, a Cyprus holding company) owns a subsidiary in Ukraine (for example, a limited liability company), then the amount of CFC profit received in the form of dividends from legal entities of Ukraine (both directly and through the chain of controlled legal entities) is considered to be the amount of dividends received from Ukrainian legal entities directly by the controlling person. This amount is included in the total taxable income of the controlling person for the reporting period during which the CFC received dividends and is taxed at the following rates:

WHEN THE CFC DOES NOT IMPOSE ADDITIONAL TAXES

The profits of a CFC may be exempt from taxation in Ukraine provided the two conditions are met:

Regarding the passive income, there is a clause according to which passive income of a CFC can be recognized as active income if there is sufficient economic presence (substance) in the country of registration of the CFC, namely:

Please read the links below to get a better understanding of what substance really means in some foreign jurisdictions:

In such a case, the controlling person is exempted from the obligation to calculate the adjusted profit of the CFC. But this does not terminate the obligation to notify the tax authorities regarding the acquisition of an interest in or control over the CFC, as well as from filing a report on controlled foreign companies.

PENALTIES FOR VIOLATION OF CFC RULES IN UKRAINE

Sanctions for a controlling person for violation of the CFC reporting rules:

- information on the amount of income (proceeds) from the sale of goods (work, services) of the CFC, profit from operating activities and profit before tax in accordance with the data of the financial statements;

- calculation of the adjusted profit of the CFC, the amount of such profit, which is included in the total taxable income of the controlling person;

- information on the grounds for exemption from taxation of CFC profits;

- amounts of dividends received by the CFC directly or indirectly through the chain of controlled legal entities from Ukrainian legal entities;

- the amounts of the CFC's profit that were actually paid in favor of the controlling person;

- the number of CFC employees as of the end of the reporting (tax) year,

shall entail the imposition of a fine in the amount of 3 percent of the amount of the CFC's income or 25 percent of the adjusted profit of the CFC for the corresponding year, not reflected in the CFC report, depending on which of the following values is greater, but not more than 1000 times the minimum subsistence level for an able-bodied person, the tax (reporting) year established by law as of January 1, for each fact of non-reflection of a CFC and / or for all amounts not shown.

HOW TO AVOID CFC LEGALY

To avoid the obligations imposed on the CFC controller, you can:

Want to know more about owning a foreign company and CFC? Just leave a request for consultation on our website. 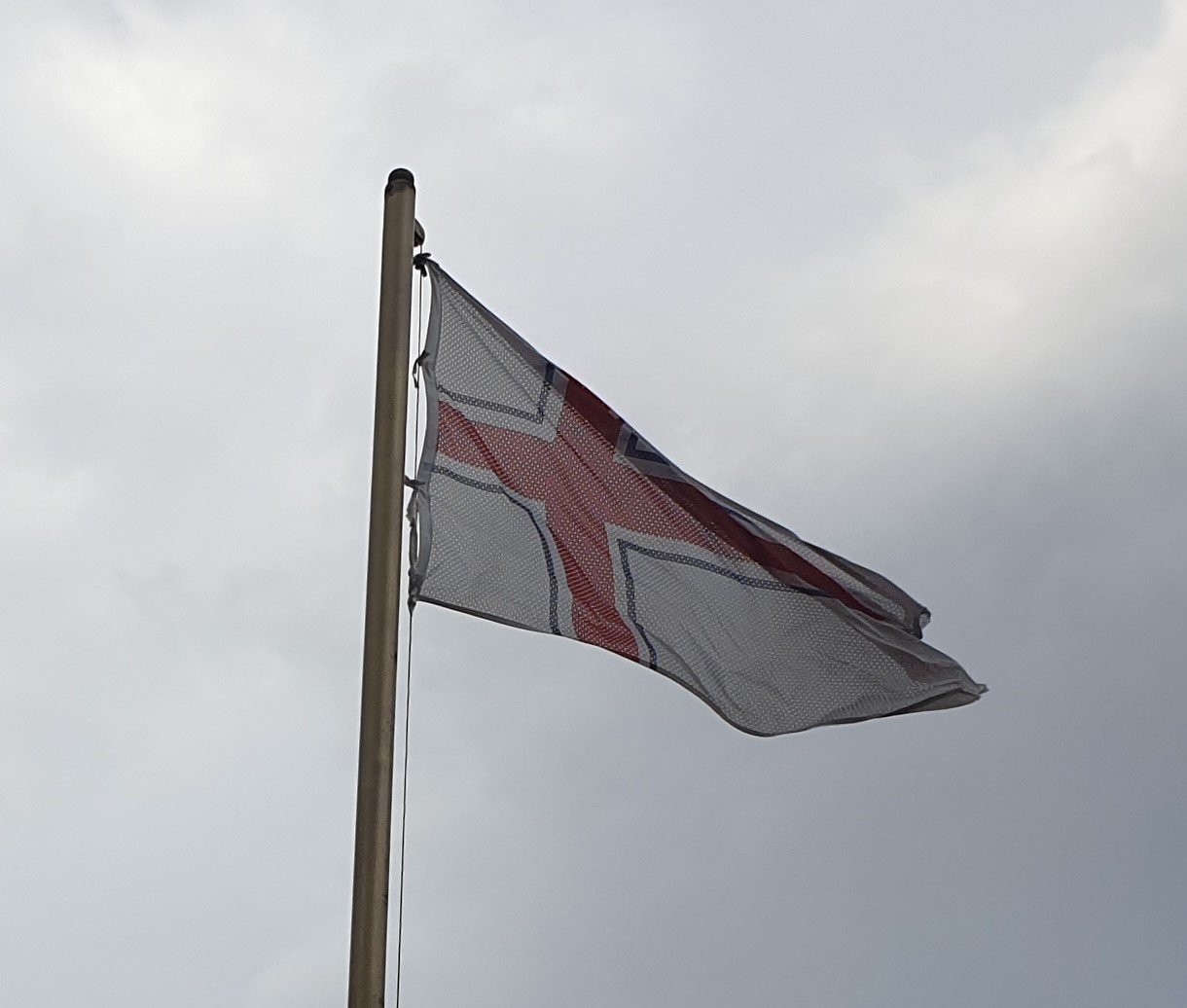 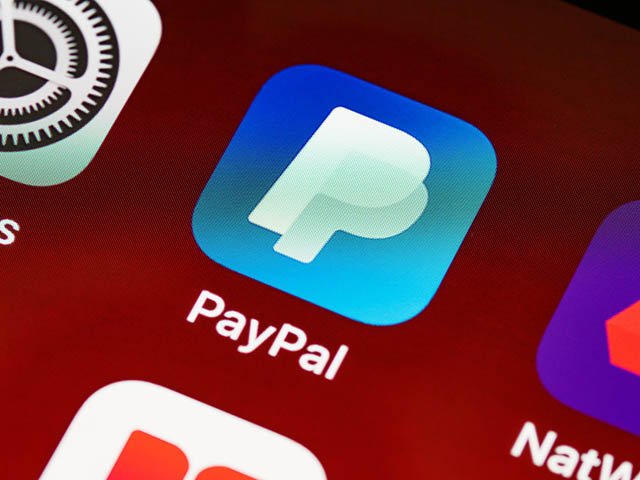 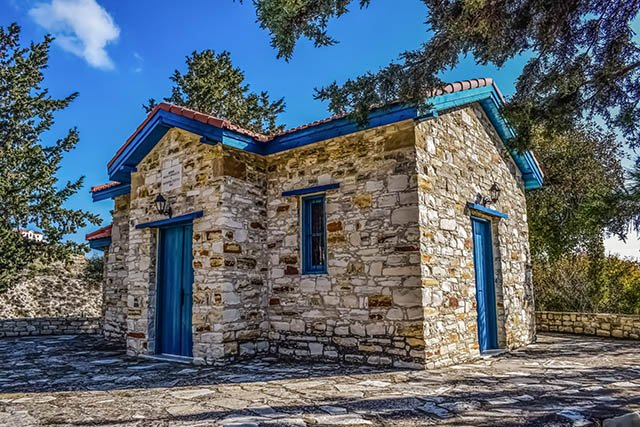 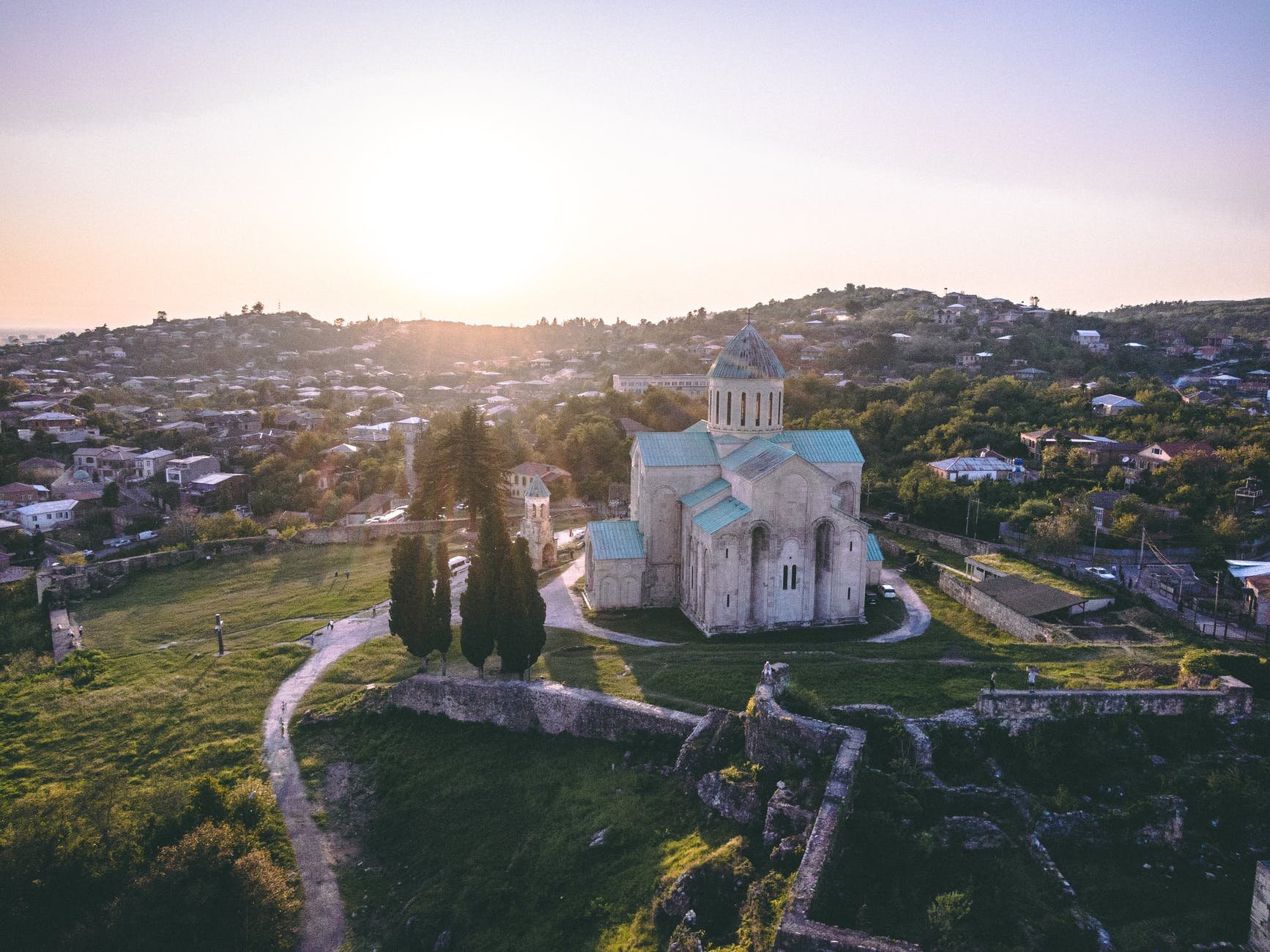 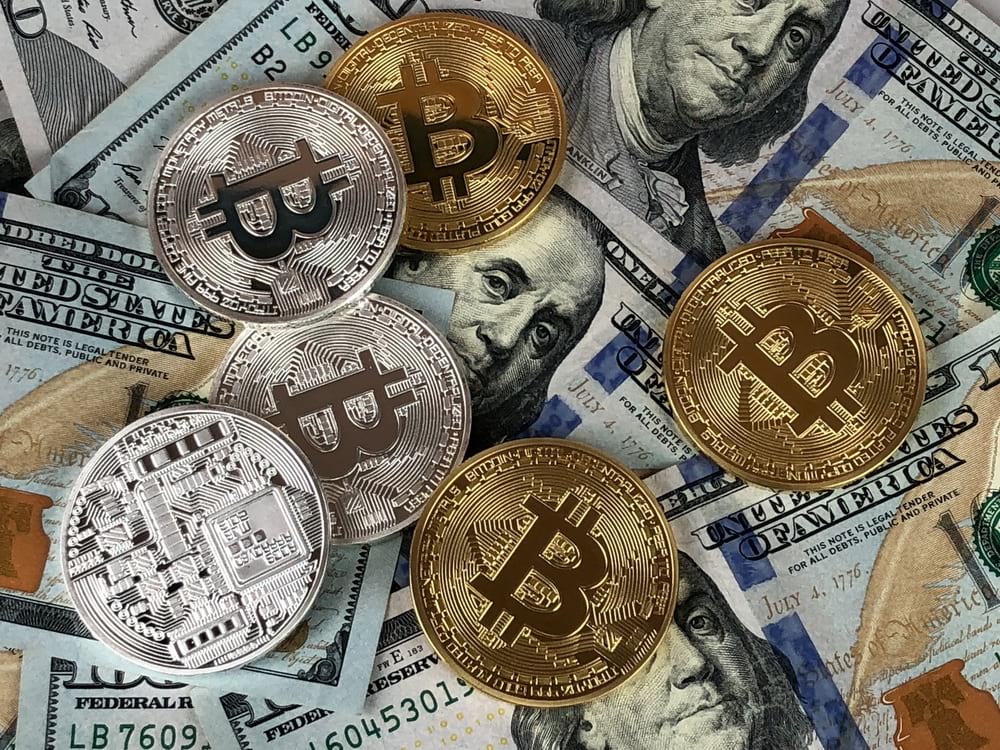 On March 10, 2020, amendments to the Estonian...
31.03.2020 13:08
👁 109
All articles
Feedback form Fill in this form and we will contact you within 20 minutes
Quick consultation
Subscribe to our mailing list
Be the first to receive to hottest and most useful news from the world of the offshore and banking industry
Helpful 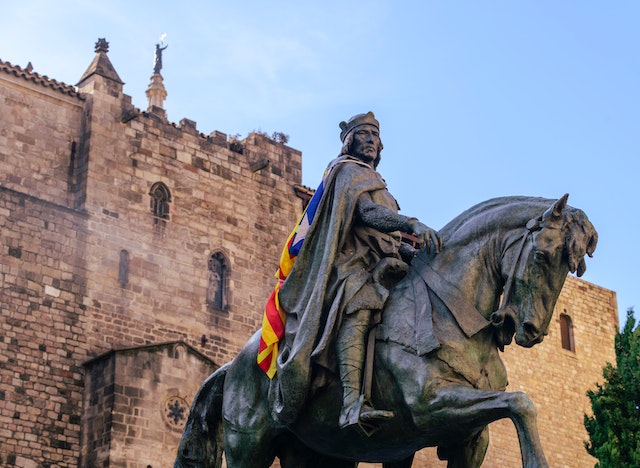 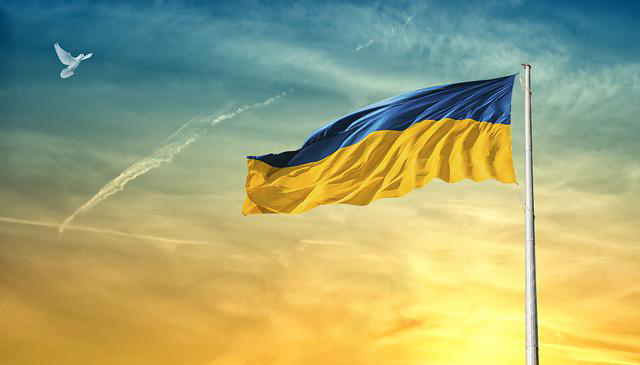